September 22, 2020
Home Education Which Language Should You Learn: Mandarin or Cantonese?

These days many countries are influenced by Chinese culture, which makes many people keen to learn Chinese language from a Chinese language school. It poses as a new challenge for the people who are looking forward to it because there are many Chinese dialects. This tends to make learning the Chinese language harder and confusing for many because they need to figure out which one is used more often. But, there are only two dialects that are most commonly used. They are Mandarin and Chinese.

Let’s get acquainted with the differences between the two.

Mandarin is an amalgamation of Chinese dialects that is commonly spoken in Northern China. There are many provinces in the nation that speak the same language. These days, Mandarin is spoken in Beijing, Taiwan and Singapore. Cantonese is spoken in the southern areas of mainland China, Hong Kong and other small communities. Western countries have more Cantonese speakers because of the immigration rate of people from Hong Kong. They both are tonal languages means their tones have different meaning to the words, but the frequency of tones are different. Mandarin has 4 and Cantonese has 6. Another distinction is that they have distinct vowels and consonants.

Which is harder to learn?

It is easier to learn Mandarin as it has only 4 tones. The Mandarin tone goes up and down, down then up or even up in the entire word. This goes same for Cantonese as well, but the distinction lies in the pitch where the word is sounded. The Cantonese end with a consonant or a vowel, whereas in Mandarin the words always end in vowels. When it comes to writing, Cantonese is more complicated as it uses a traditional writing style. The only pro of writing traditional Chinese is that they can read easy Chinese characters.

Learning Mandarin is a perfect idea for those who are looking forward to learn Chinese in the easiest and most effective way. Not only you will be able to interact with almost anyone in Chinese, it will be a whole lot easier for you to learn as you will basically get acquainted with the simplified Chinese characters rather than the more complicated traditional characters. In an overall perspective, it is always the best practice to know about the country you are planning to visit before you learn their language. Or else, a language dialect you have learned may not be valid and your efforts can go in vain.

Why Drama Lessons Can Build Your Child’s Confidence

There are many reasons why kids should do activities outside of their usual school work. I… 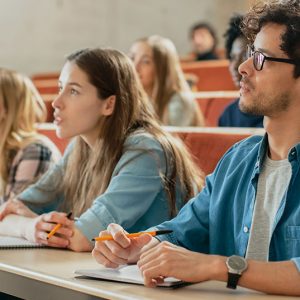